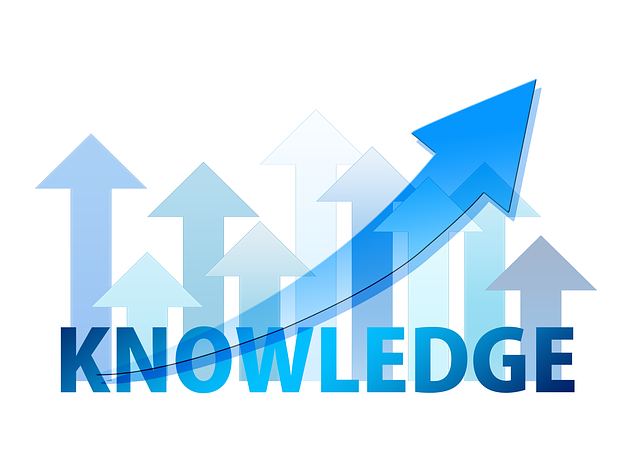 Dementia is not a disease, but a chronic mental condition that causes impairment to cognitive functions such as memory, thinking, reasoning, and judgment. This disorder develops when parts of the brain used specifically for learning, language and decision making are diseased or damaged. It normally affects older people above the age of 65, but it can affect younger ages as well. In younger adults, the condition is known as younger onset dementia.

The impact of this disorder can be severe, as it might limit the patient’s social abilities, visual perception and ability to communicate or pay attention. This can greatly affect your quality of life considering the fact that the condition does not have a known cure. Nevertheless, by identifying dementia early signs, you can overcome the onset of this condition and win your battle.

Previously, it was widely believed that dementia was a hereditary disease. However, recent studies suggest that this

might not be the case. While your genes might play a part in increasing the risk of developing this condition, the main cause of dementia revolves around your lifestyle choices. In essence, what you eat or drink can significantly increase the risk of developing this “disease”. In addition, your weight coupled with your cholesterol levels might cause diseases that are highly linked with dementia.

With this in mind, it is prudent that you watch what you eat or drink to avoid damaging your brain cells and developing this condition in the future. Furthermore, knowing the early signs of dementia can help you prevent the onset of the disease by eating well, exercising and taking the appropriate medication.

This write-up seeks to teach you how you can spot the early signs of dementia and how to battle the condition using natural resources.

What are the Causes of Dementia?

Dementia has several known causes. However, the most common cause of this condition is Alzheimer’s disease. According to statistics, close to 80% of people with dementia also have Alzheimer’s. This disease leads to abnormal levels of proteins in the brain cells subsequently leading to a decrease in neurotransmitters, making it hard for the cells to communicate with each other and stay healthy.

Besides Alzheimer’s, Dementia has dozens of other causes. The most prominent causes include:

The brain needs a consistent supply of blood, oxygen, and nutrients in order to function optimally. Nevertheless, vascular disorders such as stroke and small vessel disease may reduce the flow of blood to the brain subsequently causing some cells to die. This will cause the brain to malfunction, eventually leading to dementia. Traumatic brain injuries
Traumatic brain injuries, including concussions, can also cause dementia depending on the affected part of the brain. Nevertheless, the effects of the trauma may not manifest themselves until years later after the injury. For this reason, it is always advisable that you visit your doctor for regular medical checkups, especially after experiencing a hit on the head.

The type of food you eat has a major effect on your health and general wellbeing. Just like any other body organ, the brain requires nutrients in order to function properly. Lack of vitamins B-1, B-6, and B-12 in your regular diet can increase the likelihood of developing dementia in the future.

Dehydration is another cause of brain malfunction, especially in alcoholics. To avoid this, always drink plenty of water (fluids) and ensure that your meals are rich in vitamins.

Infections such as multiple sclerosis, meningitis, and HIV can greatly affect your central nervous system, leading to the onset of dementia. This is particularly true when the infection attacks the brain cells subsequently causing memory loss, forgetfulness, and other dementia-like symptoms.

Exposure to toxic fumes, harsh chemicals, pesticides, and heavy metals over time can lead to dementia-like symptoms. According to various studies, people who work in the chemical industry are more prone to developing dementia than those who don’t.

Alcohol poisoning as a result of years of abuse can also cause dementia. However, with proper treatment, eating well and exercising, you can resolve the symptoms of this condition, and even win the battle over time.

The type of food you eat determines your metabolic rate. However, eating too many portions of sodium, calcium or even vitamins can cause metabolic problems and lead to endocrine abnormalities. These problems can further cause hypoglycemia and thyroid disease, which are highly linked to dementia.

Huntington’s disease is a chronic genetic disorder in which the nerve cells in the brain break down progressively over time. This disease affects both young and old people and it has no cure. As the brain cells die slowly, the disease increases the likelihood of developing dementia with time. although it has no cure, you can manage the disease by eating well, exercising and taking the appropriate medications.

Early Signs and Symptoms of Dementia

Understanding dementia early signs can help you win the battle. In any case, this condition is incurable, but many people fail to accept that you can overcome the symptoms by eating well and exercising. With the proper diet and nutrition, you can easily overcome the disease and live a long and fulfilling life. Below are the early signs and symptoms of dementia:

Forgetfulness and memory loss are the first signs of dementia. Normally, patients have difficulty remembering recent events or recalling current happenings. However, by eating the right foods like salmon, berries, leafy green vegetables and virgin olive oil, you can greatly boost your memory and tackle dementia symptoms.

Dementia also affects communication. People with dementia often have difficulty finding the right words and communicating effectively. Essentially, you might experience slurred speech and have problems passing your message. Nevertheless, by eating well and exercising regularly, you can restore damaged cells that deal with communication.

Difficulty paying attention is another early sign of dementia. However, research shows that a diet that consists of fatty fish, dark chocolate, flax seeds, green tea, and blueberries can help improve your focus and concentration.

People with dementia may experience personality changes and psychological problems, including anxiety, depression, and paranoia. However, like most symptoms, eating the right foods might go a long way to help deal with these problems.

Treatment and Prevention of Dementia

Before undergoing any treatment, a doctor has to diagnose the “disease”. Nevertheless, diagnosing dementia can be a herculean task considering the fact that most of the symptoms are strikingly similar to other diseases such as Alzheimer’s disease and Huntington’s disease. Furthermore, dementia does not have a cure, but an early, correct diagnosis can go a long way to help you battle the condition.

Medications can go a long way to reduce the symptoms of dementia. The most prominent options include cholinesterase inhibitors and memantine. Cholinesterase inhibitors work by boosting the levels of neurotransmitters that are involved in judgment and memory while memantine’s work by regulating the activity of brain cells involved in learning and memory.

Your doctor may prescribe other medications to treat associated symptoms such as agitation, anxiety, and depression. It is only natural for people to opt for medications as soon as they are diagnosed with dementia. However, these medications only seek to manage the condition rather than treat it. According to research, eating well and exercising regularly are the best options for curing the disease!

Home remedies include eating well and exercising regularly. As earlier mentioned, the brain needs nutrients for it to function optimally. With this in mind, you need to eat foods rich in vitamins, sodium, and calcium. The best foods for mental health include leafy greens, legumes, salmon oil, olive oil, and berries. Notably, research shows that home remedies have made great strides in finding a cure to the disease.
About 90% of patients who use natural resources have recorded positive results compared to people who rely on pharmaceutical medications. You just need to consume these natural foods consistently for you to increase your chances of healing. However, for this to work, you need to identify dementia early signs for you to have a chance of winning the battle. Start by creating a healthy diet plan and supplement your dietary regime with a viable exercise schedule to manage and cure the disease appropriately.

Take Away, On Dementia’s Early Signs

Dementia has so many signs and symptoms. Some of these symptoms are easily reversible while others are incurable. With this in mind, it is imperative that you establish dementia early signs and use natural resources to win the battle against this mental disorder. Research shows that eating the right foods rich in vitamin B such as coconut oil, herbs and minerals, MCT oil and fish oil can greatly help cure the disease more than pharmaceutical medications. This is not to disparage the importance of taking pharmaceutical meds, but natural resources are always the best alternatives.

This Article within our Health Blog, on Dementia Early Signs, has been one of my greatest pleasures articulating for everyone with a concern or is experiencing this terrible disease.

Perhaps my biggest favor of this post is my personal growth of knowledge that I experienced, as I engaged this write, I never cease to be amazed, as my knowledge grows, how we can overcome or prevent so many diseases by how we manage our intake and exercise platforms.

Please feel free to leave your ever so valuable comments below, as they are so beneficial for the growth of our better health for today Blog, and everyone’s personal growth as well.
One of the many goals of our site is to return all questions from our valuable guests within a reasonable timeframe of expectations if this does not occur, I am sure it is because we are reviewing more relevant content for the most suitable answers of your expectations. I hope to hear from you soon, sincerely, Jack Butler, founder of betterhealthfortoday.com
<=Click Here Now=>, for more thoughts on your desired health for today.

14 thoughts on “Dementia Early Signs Symptoms: Discover Our Natural Resources For Your Light”

For our Recommendations on Healthy Diet and Exercise

For our Recommendations on Prostate Health

For our Recommendations on Amino Acids Complex

For our Recommendations on The Immune System

For our Recommendations on Immunity Detoxe

For our Recommendations on Trivta, For Your Life of Wellness

For our Recommendations on High Glucose

For our Recommendations on Inflammation

For our Recommendations on Sleep Health

For our Recommendations on Stress Reviews

For our Recommendations on Collagen Supplements

For our Recommendations on Bowflex

For our Recommendations on Cognitve Health

For our Recommendations on Probiotics

For our Recommentations on Vision Health

For our Recommendations on Joint Health

For Our Recommendations on Vitamin B 12 Supplements